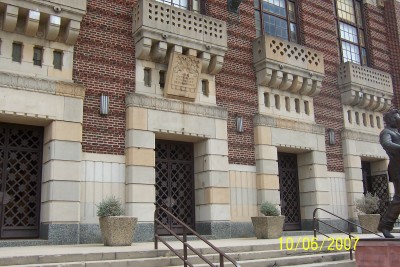 In June of 2006, a paranormal group known as the Louisiana Spirits tapped Shreveport Municipal Auditorium in the hopes of capturing otherworldly phenomenon. The site served as the location for the former KWKH program Louisiana Hayride, and even served as the city morgue at one time. Given the history of the building, the group believed that it was very likely that there would be spirits.


The investigators were not disappointed. The group proudly reported to the press that it had captured the sounds of clapping, raucous music, and a fuzzy voice shouting “I love Johnny Cash!” Furthermore, peculiar odors were reported by the investigative team. Dowsing rods picked up activity there during Brandon's visit there in 2007.

The Shreveport Municipal Auditorium was constructed not for the Louisiana Hayride, as is popularly believed, but to commemorate the veterans of World War I. Want to know more...TAKE THE TOUR! 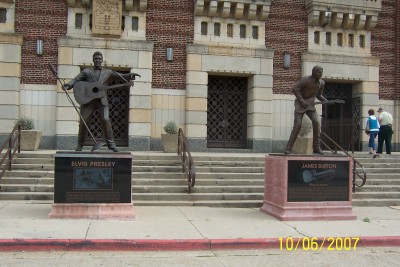